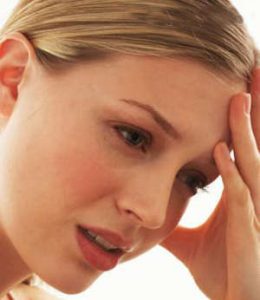 Depression is a chronic, long-lasting or recurring and treatable disorder, where the patient experiences sadness, worthlessness, loss of motive, loss of interest and/or hopelessness.

A depressive disorder is an illness that involves the mood and thoughts and in simple words can be expressed as persistent sad mood. Depression is not a character flaw or a sign of personal weakness and the suffering person can’t make himself well by trying to snap out of it. Depression affects the way a person eats and sleeps, the way one feels about oneself, and the way one thinks about things.

Depression results from a complex partly understood biochemical changes in the brain, which are influenced and supported by multiple causes inclusive of the genetic trait, circumstantial factors, hormonal factors, socio-personal reasons, etc. Increased levels of brain chemicals called neurotransmitters, such as serotonin and norepinephrine are found to improve the state of depression.

Depression is much more common than we believe. However to get precise figures in terms of its prevalence is difficult as many of them go undetected and untreated. Women are twice more often affected by depression than men.

Not everyone who is depressed experiences all the symptoms listed below. Some people experience a few symptoms, some many. The severity of symptoms varies with individuals and also varies over time.

Though the precise cause and nature of depression are not clearly understood, it is believed to be an illness involving an imbalance of brain chemicals called neurotransmitters. The reasons that can induce such chemical imbalance are as follows:

Very often, a combination of genetic, psychological, and environmental factors is involved in the onset of a depressive disorder.